The Wisconsin Early Stage Symposium was held virtually from 9th November to 11th November 2020. The event created an amazing opportunity for companies to interact with angel and venture investors from Wisconsin over the three-day duration of the conference. Apart from Tech Council Investor Network’s presentation tracks, the conference also hosted the popular Elevator Pitch Olympics and “Investor Intros” which offered a wonderful opportunity for entrepreneurs to introduce themselves and their innovative ideas to investors.

It was an honor for Hucu.ai to be selected to pitch among the other early stage companies. The judges Sarah Bain, Erin Henry and Michael Thorson provided great feedback”

Out of many young companies participating, thirty-seven companies were offered meetings with potential investors, 20 companies were given an opportunity to give recorded-five minute pitches, while only 17 were picked for the fast-moving Elevator Pitch Olympics on November 11th. Did you know that scores of companies from across the Midwest applied to present at the annual conference? Hucu is proud to be one of the selected few. Hucu and 16 others selected for the Elevator Pitch Olympics delivered 90-second pitches that were scored by a panel of investor judges. In addition to the judges’ feedback, participants also got scored by members of the audience for the selection of a second “People’s Choice” award.  Here are the participants apart from Hucu that took part in the Elevator Pitch Olympics.

“Both Asif and I got a lot out of the conference. It sometimes seems iffy for a virtual event to deliver value, but the speakers were great and we had some encouraging conversations with venture investors.”

This year’s virtual symposium built on the foundation Wisconsin Technology Council has established in recent years. Many organizations have cited participation in the conference as a key factor for impactful business growth. More than 1,000 companies have successfully presented during the conference in one way or another over recent years. Participants include entrepreneurs and investors from throughout the Midwest, particularly those hailing from the Badger state.

The conference was organized by the Wisconsin Technology Council which is a science and technology advisor to the Governor and the Legislature. It was launched back in 2001 and was created by a bipartisan act of the governor and the Legislature. The Council is an independent, non-profit, and non-partisan board with members from tech organizations, venture capital firms, research bodies, higher education institutes, government, and law.

Get Ready To Transform Your Organization For Value Based Care. 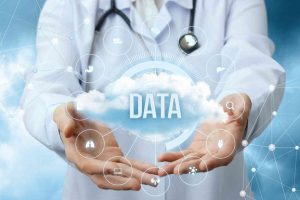 Importance of Data Security in Healthcare